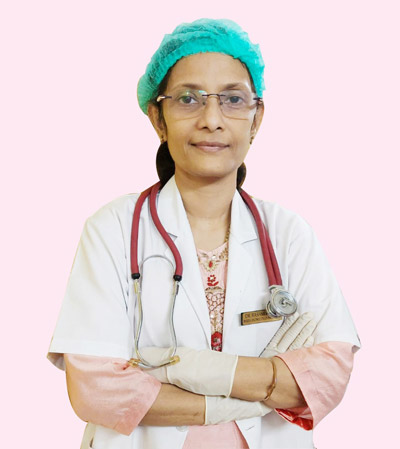 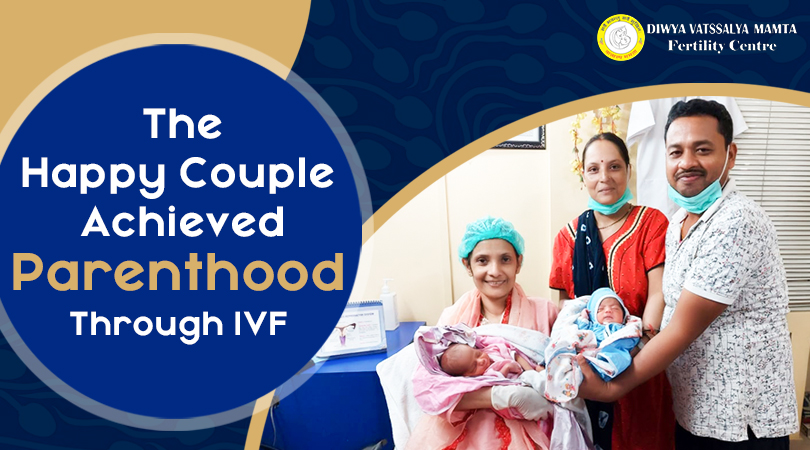 A couple visited us like every other couple with a dream to become parents. Mr. Rajeev Ranjan and Mrs. Sushila Devi have been married for 11 long years but could not conceive a baby naturally, even after constant efforts.

They have previously visited various clinics in search of the correct treatment, but all went in vain. When in June 2020, the couple visited Dr. Rashmi Prasad, the IVF specialist at Diwya Vatsalya Mamta Fertility Centre. Dr. Rashmi found out about the PCOS history of Mrs. Sushila. A thorough examination was conducted on the couple to find the reason for not conceiving.

In the analysis, it was found that the lady has a hydrosalpinx that created the blockage for the sperm to move ahead of the fallopian tube. Whereas on the other hand PCOS in itself is related to infertility. Thus the challenge became difficult for Dr. Rashmi Prasad to help this couple complete their family.

It is a condition where the woman's fallopian tube is blocked with a fluid present due to some injury. Thus the blockage needs to be operated before carrying on the IVF process.

If IVF is carried on without operating the blockage, the chance of IVF success reduces, and thus the operation is compulsory before initiating the IVF process.

Polycystic Ovarian Syndrome alters the woman's hormone level that causes various problems that can lead to infertility. One such major problem that the woman of reproductive age suffering from PCOS faces is irregular periods.

Impacted women have a higher level of insulin and androgen. It means they have a high level of male-type hormones that reduces the chances of getting pregnant.

Some major problems that a lady face suffering from PCOS are:


Our Treatment Procedure to cure Infertility

Dr. Rashmi Prasad prescribed the couple to go for IVF. The couple agreed, and the process was initiated, but before beginning the fertility treatment, the blockage in the fallopian tube was required to be removed. Thus, Dr. Rashmi Prasad operated on Mrs. Sushila and removed the blockage to increase the chance of IVF success.

After one month of the operation, the doctor did a regular checkup and check for the dates of egg maturity.

On the same day, the entire team worked hard to extract the released egg and extract the sperm as well from the male's body. Both of them were fertilized in the lab under strict supervision. After the egg maturity, good-quality eggs were transferred to the lady's uterus using a catheter.

After the process was complete, the pregnancy check was carried out after four weeks, and it was found Mrs. Sushila is pregnant; and after three months, the team found out that she was pregnant with twins.

On the 6th of July 2021, Mrs. Sushila gave birth to two healthy babies, one boy, and one girl. It is how the couple who lost hope have found their new ray of hope and completed their family.

Dr. Rashmi Prasad came as a God in our lives and helped us complete our family. We are very happy that we visited Diwya Vatsalya Mamta Fertility Centre and consulted her. It is she who guided us correctly and coordinated with us from time to time and described the complete procedure, and mentioned to us the do's and dont's that we need to follow.

It is all because of the entire team who worked in synchronization to carry out the entire process smoothly. Give us a Call

Send us a Message